Facebook is launching a system that allows users to report friends who they think may be contemplating suicide.

The feature is being run in conjunction with Samaritans, which said several people had used it during a test phase.

Anyone worried about a friend can fill out a form, detailing their concerns, which is passed to the site’s moderators.

It follows reports of several cases where Facebook users announced their intention to commit suicide online.

The reporting page asks for the address (URL) of the Facebook page where the messages are posted, the full name of the user and details of any networks they are members of.

Suicide-related alerts will be escalated to the highest level, for attention by Facebook’s user operations team.

Police alert
"When a report is made, they then assess whether they need to call the police immediately or forward it on to us," said Samaritans’ Nicola Peckett.

Facebook said that it had always been its policy to notify police if a user was at risk of imminent bodily harm.

The system had been operating in a trial mode, without publicity for three months, during which it received several genuine reports and no hoaxes, according to Samaritans.

It is hoped that the new reporting mechanism will help prevent cases like that of Simone Back, who died on Christmas day after taking a drug overdose.

The charity worker from Brighton had written about her intention to kill herself on her Facebook page.

Several of her friends commented on the message, however no-one raised the alarm.

Samaritans said that the new system was not launched in relation to one specific case, but to raise awareness of the ways in which people could get help. 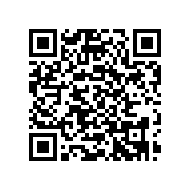