Wow, the spell checker doesn’t even know the word ‘nyonya’?
Well, can’t blame it, not many people would know that word?

And i’m going to finish watching it ASAP so i can resume testpia coding and testing.
Thanks KrystaI for watching over the server while i take afew days off to catch up with other stuff…

The Little Nyonya (Chinese: 小娘惹) is a 34-episode drama serial which debuted on 25 November 2008 on Singapore’s free-to-air channel, MediaCorp TV Channel 8. The storyline, which involves an extended Peranakan family in Singapore, is set in the 1930s and spans 70 years. The series was partly sponsored by the Media Development Authority of Singapore. The drama ended its run on 5 January 2009.

The story spans over 70 years, from the 1930s till the present day.

Huang Juxiang is born into a large Peranakan family where her mother is a mistress. She is gentle, beautiful and a fantastic cook. Due to a serious illness when she was 9 years old, Juxiang becomes a deaf-mute. Because of her handicap, she is ostracized by people. Right before the Japanese Occupation in Singapore, she is forced to marry Charlie Zhang, a rich Peranakan, and become his mistress. Juxiang resists the marriage and runs away from home. She then meets Yamamoto Yousuke, a young Japanese photographer, and after overcoming many obstacles, they finally get married and Juxiang gives birth to a daughter Yueniang. During the World War, Juxiang is injured and both she and her husband die, leaving behind their 8-year-old daughter.

The orphaned Yueniang eventually walks to her grandfather’s house on her own. Her grandmother rejoices for her presence. Under the supervision of her grandmother, she learns to cook Peranakan dishes and sewing. She grows up looking exactly like her mother and is exceptionally beautiful. After the war, her maternal relatives who ran away to England to seek refuge there returned home. Yueniang ends up leading the life of her mother – always discriminated against, beaten up and tortured. She puts up with all these in order to protect her grandmother.

Yueniang’s pretty looks incurs jealousy from her cousin and attracts the attention of many rich Peranakans. However, she only has eyes for penniless driver Chen Xi. Chen Xi actually comes from an educated and wealthy family. Yueniang’s kindness, purity and persistence move Chen Xi and he falls deeply in love with her, and hides his identity to be with Yueniang. Unfortunately, their relationship is filled with many obstacles and difficulties. Under pressure from his family, Chen Xi is forced to marry Yueniang’s cousin, Zhenzu instead. Yueniang is then married to a butcher, Liu Yidao. Many things happen after this and it is revealed that the Huangs use misunderstandings and mistakes for granted and resort to off-board measures.

Yueniang is unwilling to accept the fact that her life is always manipulated by others and decides to end her own life. Yueniang’s strong personality impresses Liu Yidao and they become sworn siblings instead. Yueniang decides to choose her own path in life. She begins learning how to run a business and in the process, she is framed and ousted from her business. Despite the odds, she manages save her declining family business. Soon, she marries the lawyer, Paul. She had no children as she has had two miscarriages. So, she adopts Yuzhu’s son as her own and names him Zuye. Zuye had two sons and a daughter. The daughter’s name is Angela, in the present time. She has grown her business and sells cosmetics from overseas. However, Yueniang soon succumbs to Instentinal Cancer.

2 thoughts on “The Little Nyonya” 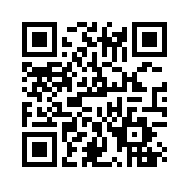