A long time ago there lived a heroic Magician named Freud. Mighty even by the standards of Maple World, he delved into many different areas of magical research, but chief among his interests was the study of the Onyx Dragons. His greatest desire was to find a way for humans and dragons to live together in peace. After many years of study and exploration, this desire would bring him before the greatest of Onyx Dragons, the Dragon King, Afrien.

Now Afrien, as King of the Onyx Dragons was the greatest of his kind. Despite their many differences, Afrien loved humans as he loved all life. When Freud appeared before him, he found a kindred spirit, a human who shared his philosophical love for all lifeforms. Not wishing to miss out on this opportunity, Magician and Dragon pledged to each other a Spirit Pact of mutual defense and understanding. They bound themselves together using many powerful rituals and spells, creating the first Spirit Pact, the forerunner of the many that would come later. Under the pact, two spirits would become one and the resulting bond would be unbreakable, even lasting past death.

The benefits of the Spirit Pact were many and powerful. Magician and Dragon nurtured each other, each becoming stronger together than they ever could have apart. Together they ushered in an era of peace and justice, shining all the more brightly for the brief length of time that it lasted. It was shattered when a great evil entered Maple World. We know him today as the Black Mage. When the Black Mage’s discovered the incredible power of the Onyx Dragons, he coveted it for himself. One night while Freud was away, the Black Mage granted himself an audience with the great Onyx Dragon King.

Unable to understand the source of the Onyx Dragon’s great power, the Black Mage asked Afrien to join him and betray Freud and the humans he had in his care. He promised the King that by working together they could become more powerful than anyone could imagine. Afrien tried to explain that the source of the Onyx Dragon’s power was the love and trust that came from the Spirit Pact. He was incapable of betraying his friend, nor would he have broken the pact even if he was capable of it. Infuriated, the Black Mage vowed that if the Onyx Dragon would not join him, he would be destroyed.

The Black Mage fumed for a time, researching some way to destroy the Spirit Pact and defeat the Dragon King and his friend. Eventually he concluded that if he could  lock Freud in ice forever, this might break the Pact. He launched a devastating attack on the pair, trying to maneuver them into a position where he could launch his horrible curse at Freud. After a fierce struggle, the Black Mage succeeded and managed to cast his devastating spell at Freud.

He hadn’t reckoned with the Onyx Dragon’s loyalty. When the Black Mage cast his devastating curse at Freud, Afrien nobly threw himself in front of his friend, taking the curse that had been meant for him. The great Dragon was encased in ice.  Black Mage had succeeded. The Spirit Pact was broken.  His success was not complete, though. Afrien had left behind a great Dragon and so long as the egg existed, there was always a chance that a future hero might come along that could re-establish the Spirit Pact. Freud eventually escaped with dragon egg, determined to hid it in a place where it might eventually be found. His friend had sacrificed himself for Freud, Freud could do no less for Afrien.

Thus was the Dragon egg hidden away, waiting for a hero with a strong spirit would be able to recreate the Spirit Pact. Now in the Maple World of today, that time has come again. A humble soul, the child of a pig farmer, will reforge old bonds and re-establish the Spirit Pact. The Onyx Dragon will rise again at the side of a new hero who will use that power to fight for peace and justice! 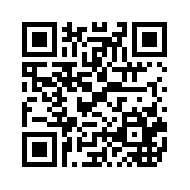