I’ve been feeling abit drained lately…
I’ve been helping people with their problems lately, but i wonder if they’re just using me…

It disgusts me when I find out that people are only being nice to you because they want something from you, or only because they want something out of one of your super-close friends. And shortly after they realise they got what they needed at the point of time, the flee aside, and only rejoin back once they need you again. Or even worse, when they decide that there isn’t any more use of you.
Day 03: Eight things that annoy you.

I just wonder if they’re using me, but then again, isn’t that what human nature/relationships/etc are about?
If nobody needed anyone else, we’ll all be alone, but as soon as someone needs something, they’re all friendly/kind/etc about it?

Eg, someone comes up to me and starts talking to me (well, they are trying to be friendly to me, aren’t they?), awhile later, they end up having computer problems. As soon as i fix it, i don’t hear from them again… (Because i’m too lazy to put effort into it and they don’t need me anymore), so yeah…

A lecturer, when explaining stress management to an audience, raised a glass of water and asked, “How heavy is this glass of water?”

Answers called out ranged from 8 ounces to 20 ounces.

“In each case, it’s the same weight, but the longer I hold it, the heavier it becomes.” He continued, “And that’s the way it is with stress management. If we carry our burdens all the time, sooner or later, as the burden becomes increasingly heavy, we won’t be able to carry on.

“As with the glass of water, you have to put it down for a while and rest before holding it again. When we’re refreshed, we can carry on with the burden.

“So, before you return home tonight, put the burden of work down. Don’t carry it home. You can pick it up tomorrow. Whatever burdens you’re carrying now, let them down for a moment if you can.

“Relax; pick them up later after you’ve rested. Life is short. Enjoy it!”

I just want to drop it all, since i’m too tired of this [maybe insert a bad word here?]…

As for my relationship issues…

8 Now to the unmarried[a] and the widows I say: It is good for them to stay unmarried, as I do.
1 Corinthians 7:8

27 Are you pledged to a woman? Do not seek to be released. Are you free from such a commitment? Do not look for a wife.
1 Corinthians 7:27

30 At the resurrection people will neither marry nor be given in marriage; they will be like the angels in heaven.
Matthew 22:30

25 When the dead rise, they will neither marry nor be given in marriage; they will be like the angels in heaven.
Mark 12:25

35 But those who are considered worthy of taking part in the age to come and in the resurrection from the dead will neither marry nor be given in marriage, 36 and they can no longer die; for they are like the angels. They are God’s children, since they are children of the resurrection.
Luke 20:35-36

But then again, the above only applies as long as i have my faith… 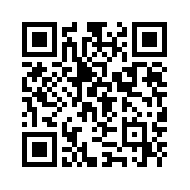