Went to Sherwood Uniting Church today, was invited by some friends. Told them I’ll go, so I did.

Happy to see old friends! 😀
They also did Holy Communion, which was different from the ones I normally attend at CMCA or Methodist churches in Malaysia. I also heard that Catholics use real wine? And I heard they stopped that for awhile due to swine flu or something like that. That also reminds me of those muslims journalists that took part in a catholic communion that spat it back out and took a picture, but the article was in malay.

Went to bible study afterwards, learnt new things. Was supposed to get dropped off at home, but change of plans, I ended up catching the train to the city, wondering around the city (more like lost in the city), going shopping (24 Krispy Kreme Doughnuts), then bus back to Sunnybank (and bought more food$.
It’s kinda funny how I’m from Brisbane, yet, I can get lost in the city :p

Met my sister’s friend, gave her a doughnut :p (I should have 23 left)

Then did stuff, went outside and slept. Woke up halfway and found my sister eating my doughnut(s), but lazy to stop her…

Anyways, just asked her how many she ate and she said 1, but it appears 2 were eaten. I hate it when people lie to me… nobody is getting any till someone fesses up.

As I discussed in bible study, I’m too lazy to buy food, so this week’s meal plan is 21 doughnuts and afew cans of soft drinks. Planning on sleeping this week away, since I plan to get the others to work. We always seem to end up leaving the shop way after we close the doors.
As long as I don’t dream, I guess I’ll be happy? Reminds me of Tangled and how all the characters were singing about their dreams?

Or else I can spend my week wasting time and money? In bible study, we were talking about how we can enjoy simplicity, such as spending time with creation? I’m thinking of places that might be fun, but going out alone is boring and everyone is busy with exams or something similar.

I feel like I’m ranting like Yii Zhu?
Someone told me that Psalms has 150-ish chapters and Proverbs has 30-ish chapters. So they read 5 Psalms and 1 Proverbs daily, but I never found the time to do it. I wonder if it’s sloth that’s my deadly sin? (anger, greed, sloth, pride, lust, envy, and gluttony). 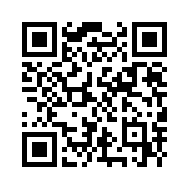