A priest and pastor from the local parishes were standing by the side of the road holding up a sign that read, "The End is Near! Turn yourself around now before it’s too late!"
They planned to hold up the sign to each passing car. As the first driver sped past, he yelled, "Leave us alone…we don’t believe in that religious stuff!"
From around the curve they heard screeching tires and a big splash. One clergyman said to the other, "Do you think we should just put up a sign that says, ‘Bridge Out‘ instead?" 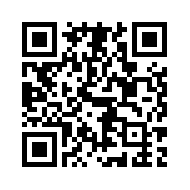