Another one of the songs i listen to:

There are other translations as well, such as the below

Amidst the passing time, a twinkling and ephemeral sparkling
I’m a believer that keeps walking, to carve his memories of it into the world

Having dreams that no one else can, I cast aside the things I don’t need
Feelings that I won’t surrender reside in my heart

There is still a gap between ideals and reality, even though the shackles of sacrifice prevent my feet from moving
I can’t suppress the overflowing urge, because my heart is very wanting

“Lies”, “fear”, “emptiness”, “grief”, I’m not so weak that I’m
Gripped by all these kinds of negativities, I’m a trickster who knows no solitude

Flocks of buildings stab into the night sky, look up to the sky in which I can’t see any stars
I ask myself “aren’t you lost?”
The city is smeared with overflowing things
It’s not something that’s unrealistic
At the end of the road that connects us to the future, I want to see what I’ve got in my hand

Closing my eyes, I float on the sea of my senses, and envision it
The day that I have my ideals within my grasp

It’s accepted in this world that “righteousness” has it’s limits; and withering is foolishly the same way
Something that no one else has, toward a crystallization called “myself”

Piercing through simplicity, one day it will change into reality
I want to continue to obstinately believe, it’s just my faith. The absolute truth.

Amidst the passing time, a twinkling and ephemeral sparkling
I’m a believer that keeps walking, to carve his memories of it into the world 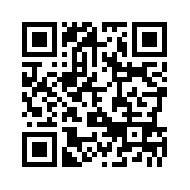