A New Zealand woman was temporarily partially paralyzed by a hickey on her neck from her amorous partner, AFP reported Friday.

The 44-year-old woman went to the emergency department of Middlemore Hospital in Auckland last year after experiencing loss of movement in her left arm while watching television, doctors reported in the New Zealand Medical Journal.

Doctors concluded the woman had suffered a mild stroke but were puzzled about its cause until they found a small vertical bruise on her neck near a major artery, a hickey, she received a few days earlier.

"Because it was a love bite there would be a lot of suction," one of the doctors who treated her, Teddy Wu, told the Christchurch Press.

"Because of the physical trauma it had made a bit of bruising inside the vessel. There was a clot in the artery underneath where the hickey was."

Wu said the clot dislodged and traveled to the woman’s heart, where it caused a minor stroke that led to the loss of movement.

"We looked around the medical literature and that example of having a love bite causing something like that hasn’t been described before," he said.

The medic said the woman recovered after being treated with an anti-coagulant. 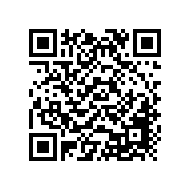