Earth is under siege!

A mysterious and powerful alien race has come to enslave the entire galaxy, and your fleet is humanity’s last hope. You must put an end to the attacks and rebuild a home for the survivors. With the invaders in hot pursuit, and the dangers of the unexplored at every turn, do you have what it takes to forge a new galaxy?

Proto Defense is the first online multiplayer co-op turret defense game for ProtoGalaxy. Team up with your friends to defend Earth from alien invaders in this unique turret defense experience. 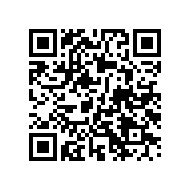