Developer Andrew Vos was looking for a weekend project when he decided to grab some one million commit messages from GitHub and scan them for swear words. He limited the swearing to George Carlin’s seven dirty words and then broke down the results according to programming language. To make sure that the popularity of one language over another didn’t skew the results, Vos grabbed an equal number of commit messages per language.

C++ takes top honors, but just barely. Ruby and JavaScript are neck and neck behind C++. After that it drops off considerably with C, Java and C# placing in the middle. Python and PHP developers are either very happy about using those languages, or perhaps just very mild-mannered developers. Of course just because they don’t swear in commits doesn’t mean they don’t swear. As one commenter on Vos’s post says, “I program in Python, but all my cussing is related to IE.”

It’s impossible to know how many developers are swearing at their screens while writing code, but if you’re looking for a less swear-word-inducing programming language, PHP and Python seem to be the way to go.

Even more interesting than the statistics by language are the actual commits, which you can check out on Vos’s GitHub account. Our personal favorite: “fuck it. let’s release.” Indeed.

2 thoughts on “Cussing in Commits: Which Programming Language Inspires the Most Swearing?” 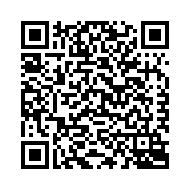