US media giant CNN’s reporting of Cyclone Yasi blew Queensland off the map, when it depicted the weather-ravaged state as being in Tasmania.

The international news breaker was roundly mocked around the world, when its map of Australia on a news bulletin pointed to Queensland being several thousand kilometres south in a bulletin last week.

While CNN appears to have quickly removed the offending graphic from its website, bemused Australian media watchers and others quickly sent the image viral.

It appears CNN researchers googled Queenstown, which  is on Tasmania’s west coast, instead of Queensland, when researching the report.

Today the image continues to be sent to inboxes and posted onTwitter and Facebook with tongue-in-cheek comments to match.

Among the finger-pointing at the media giant’s redrawing of Australia’s map include: “Beautiful one day …” and “Whoah. Yasi was powerful!”

That graphic was also removed, but not before scores of readers had pointed it out to the news site. 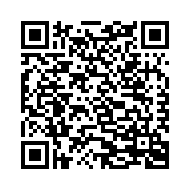