Slightly annoyed…
I wrote this post in Windows Live Writer before it crashed
And yes, i forgot to save it…

Another week, another week of issues…
But yesterday, my colleague/friend took me to Zen Hot Yoga.


Some of the stuff that we did kinda reminds me of doing gymnastics, but in gymnastics, we’re used to that burning feeling, since it trains our body to be more flexible. And the rest was strength training. I guess B** would be better at it, even though she’s been through lots of injuries…
1 hour later, we went back to her house and was planning on going to Youth with N*****, but she was at a party, so i went back to Sunnybank…

Anyways, another problem at work is like a MYOB program, which reminds me of a memory.
It was either in KL (i think), i was sitting in the back seat of the car and my dad and uncle was talking about an account program MYOB. I asked them what it meant and the reply i got was “Mind Your Own Business”. I was slightly shocked, but then they explained it to me 😀

Back to MYOB, the network most companies are using is like this:

But even using that structure, the program is still slow and crashes every now and then.

Anyways, i hope to get Terminal Services up and running so it’ll be more like the model on the right:

Normally, Terminal Services runs on Windows Server 2003/2008/etc, but i plan to make one using Windows 7 and VPC. And if that doesn’t work, Windows 7 Pro + Remote Desktop Services. And worst case scenario, get rid of Windows 7 and install Windows XP Pro. (Wow, this slightly gets complicated…)

Or maybe i’ll call MYOB and discuss with them possible ways of making this work? :S

But those are the only things i can think of at the moment…
Other than implementing these large changes.

Other smaller changes that i can try first: 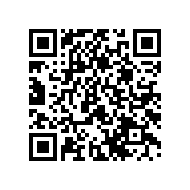