My sister was asking me if we were going to take part in the Apple 10 billionth app competition to win a $10,000 iTunes Gift Card.

Was reading the news in my feed reader and found this article:

$10K iTunes Winner Hung Up On Apple, Thought It Was a Prank

Gail Davis of Orpington Kent hung up the phone when Apple called to say she’d won a $10,000 iTunes gift card. She thought it was a prank call.

The winner of the Apple’s 10 billionth App download sweepstakes nearly made a horrible mistake: she hung up the phone when Apple called to say she’d won.

“I thought it was a prank call,” says Gail Davis of Orpington, Kent, UK. “I said, ‘Thank you very much, I’m not interested’ and I hung up.”

Speaking exclusively to CultofMac.com, Davis says it was actually one of her two daughters who downloaded the 10 billionth app, winning the family a $10,000 iTunes gift card. Her daughters, 14 and 17, had downloaded several apps in the morning. One of them, the free Paper Glider app, was the magic 10 billionth app.

“The girls came down and said it wasn’t a prank,” Davis explains. “I had a moment of panic.”

Davis tried to ring Apple back, but got an clueless operator on the company’s helpdesk, who was ultimately unable to help.

“The more I thought about it, the more I realized it was a genuine call,” she says. “The girls were getting quite tense. They never would have forgiven me. They would have held it against me for all eternity.”

Luckily, an Apple executive rang back a couple of hours later.

“I was hugely relieved,” says Davis. “I was getting really worried.”

“If it had been Steve Jobs I definitely would have thought it was a wind up,” said Davis.

What are they going to do with the windfall? Download more apps, of course.

Davis says her daughters are already planning which apps to download for their iPod touches. Davis and her husband don’t currently have iPods that can run apps. “We’re thinking of upgrading our nanos so we can join the party,” she said.

One thought on “10 Billionth App” 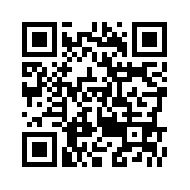